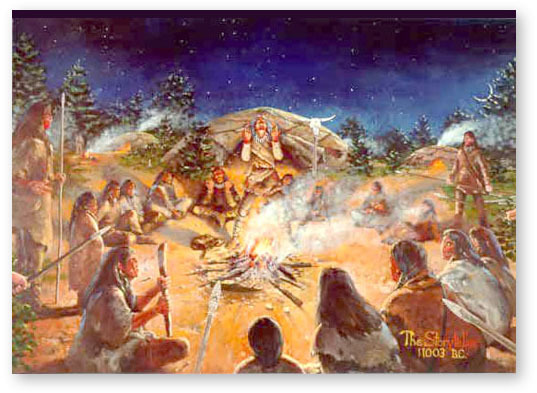 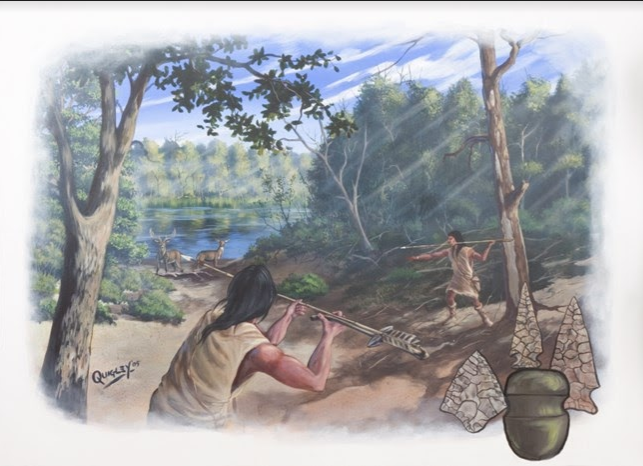 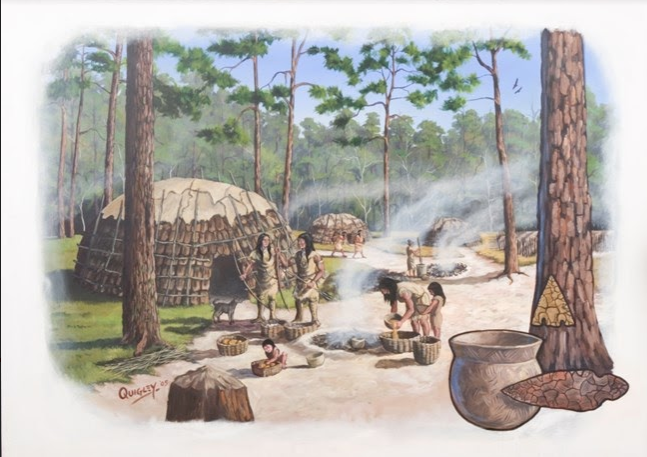 About 1000 years ago, Mississippian peoples began moving into Carolina Piedmont as they expanded their settlement and trade networks beyond the Mississippi River Valley.  Although descendants of Woodland cultures based in the Midwest, the Mississippian people abandoned the ways of their ancestors in favor of a new life based on the intensive production of corn as a staple food.  This shift to a reliance on intensive agriculture was accompanied by a change in social relations as populations increased, a complex class system and specialized occupations developed, and political and religious power became concentrated in major metropolitan areas ruled by chiefdoms. 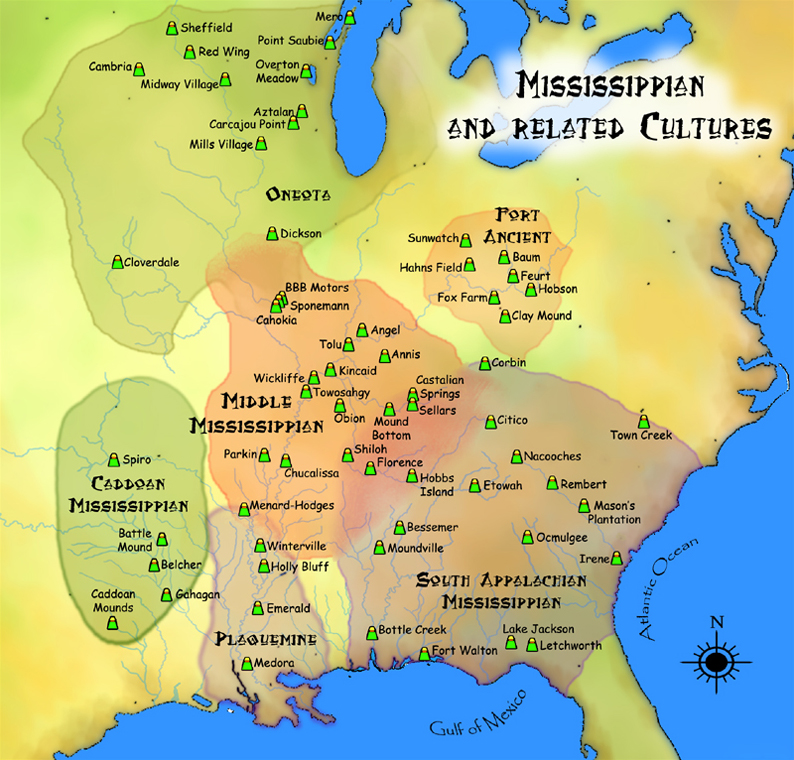 The Mississippian peoples developed widespread trade networks extending from the Rocky Mountains to the Atlantic Ocean and the Great Lakes to the Gulf of Mexico. Map Credit: H. Roe 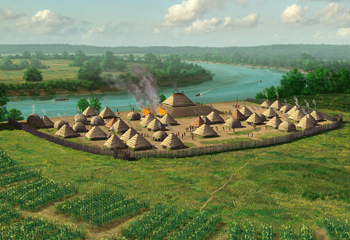 Although the Catawba had good relations with the colonists, their population was decimated by diseases introduced by the colonists – particularly a series of smallpox epidemics in the 1600s.  By the mid 1700s the Catawba population dropped to just 1,000 people.

After the Revolutionary War, colonists began leasing land from the Catawba to farm, but ultimately desired to take the land as their own and pressured their state governments to do so forcibly. With their population greatly depleted and under relentless pressure from European colonists for their land, the Catawba Nation was further weakened by the loss of some of its people, who left to join other, larger tribes to the west. Believing that the Catawba would soon be wiped out anyway, the South Carolina government negotiated an agreement with the Catawba Nation: in exchange for one acre of land near Rockhill, South Carolina, the Catawba would relinquish title to 144,000 acres of their homeland. 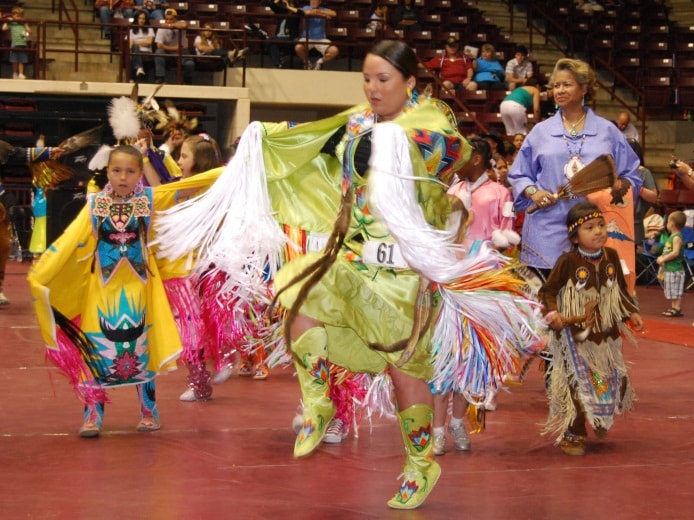 Modern Catawba people celebrating their ancestry at the annual Catawba Pow Wow. Usually held in the Spring, the Catawba Pow Wow allows Catawbas and other Indigenous people and tribes to celebrate and honor ancestry together with singing, drumming, dancing, vendors, and more. Credit: Catawba Nation